The event, which is carried out under the auspices of the Ministry of Culture and Sports, the Ministry of Tourism, the Greek National Tourism Organization (EOT) and the Municipality of Chios, will take place this year for the first time in Chios, in a lively and cheerful place, with great musical tradition which was first recorded by the French linguist and Hellenist Hubert Pernot in the late 19th century. 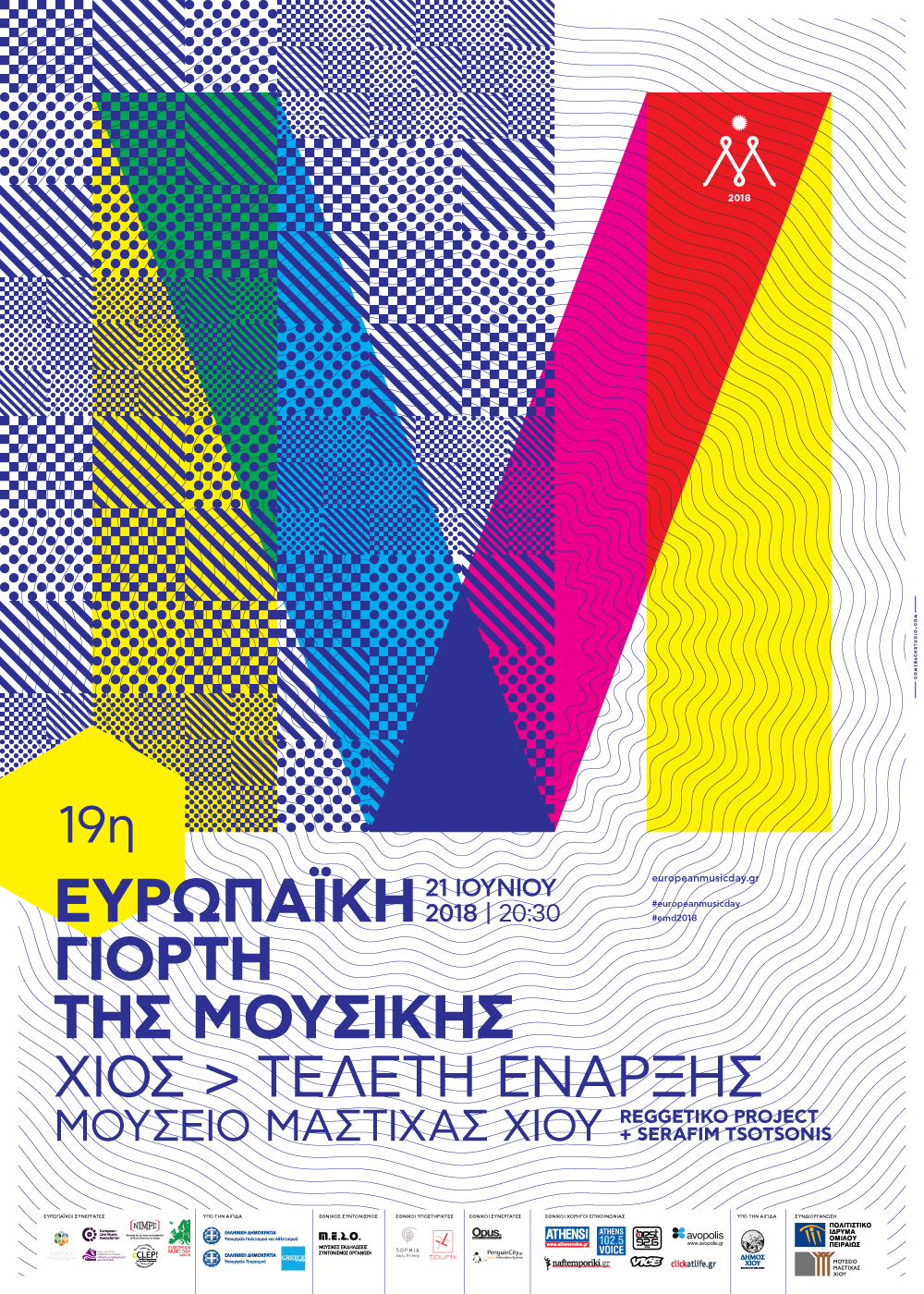 The Chios Mastic Museum, member of the PIOP thematic Museums Network, depicts the connection between culture and environment, man and nature, tradition and today.

In this ideal landscape, where a unique in the world product – the mastic- is produced, the European Music Day chooses to highlight the value of music and culture in the Greek as well as in the international landscape with an original collaboration, in which Greek artists from a wide musical spectrum will present, exclusively for that day, a musical event, perfectly harmonized with the natural landscape.

The dexterous musicians of the Reggetiko Project are invited, together with the international Greek producer Serafim Tsotsonis, to make a dialogue with the classics, creating on stage the sound of today. Instrumental and electronic elements, physical instruments and computers are united and talking to a diachronic and global language that is no other but music.

Reggetiko Project stood out by their participation in the musical meeting “The Youth for Domna Samiou” at the Athens Concert Hall as a tribute for the great performer and researcher of traditional music, Domna Samiou. They are a talented new project that conveys traditional music and its values to today through a variety of music genres.

Serafim Tsotsonis is one of the most sought-after producers of the electronic scene. It is no coincidence that Ocean Hope, the recent side project he created with his sister Aggeliki, signed with an American record label. He will share the stage with the master of percussion, teacher, performer, music composer and creator, Iakovos Pavlopoulos.

The event will be recorded and broadcasted live on the official GNTO page on facebook (VisitGreece) and you will be able to watch it from the following link.

Entrance is free to the public. For safety reasons, a priority order will be followed.

Other concerts and events to celebrate the European Music Day are held by the Piraeus Bank Group Cultural Foundation and the following Museums of its network:

Concert of jazz music of the musical project Christos Sidiropoulos Quartet (at 20:00).

«Myths in Music», concert by Corinthian Modern School of Music (at 20:00). Music editing: Georgia Giannakopoulou. Co-organizer: Ephorate of Antiquities of Corinth, the Historical and Folklore Museum of Corinthos, the Environment Museum of Stymphalia, under the program “Bridges: Tracing cultural footprints in Corinthos”

The Museum of the Olive and Greek Olive Oil, Sparta

«The Foam of the Days». Stelios Chatzikaleas Quintet, jazz concert (at 21:00)

Artistic Greek music concert by the Orchestra of the Municipality of Tripolis (at 21:00). Artistic direction: Sotiris Kostouros.