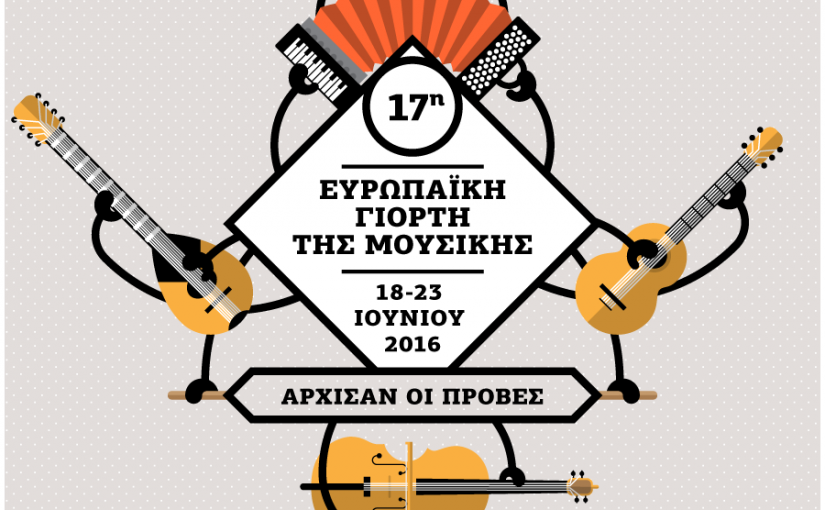 June 21st is approaching, and as every year since 1999, calls for artists and organisers will begin to spread all over the country in order to prepare this year’s edition.

The first dates have been released by local organisations in various cities of the national network and the events will be held between the 18th  and the 23rd of June 2016 (21-23 in Attica).

For the 5th consecutive year, the national coordination of the organization and production of events will be organized mainly through citizen initiatives and collective creative efforts.

Stay tuned as the largest music event of southeastern Europe is expected to spread once again in almost every part of Greece (12 regions and 38 cities in 2015), with hundreds of live events and concerts * in squares, parks, open air venues or pedestrian areas of the country (* a total of 559 events happened in 2015), as always, entrance free for all audiences.